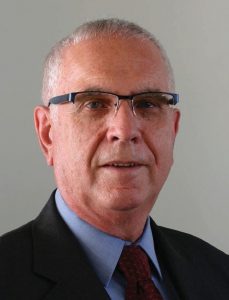 The Joint Aircraft Survivability Program (JASP) is pleased to recognize Torger “Torg” Anderson for his Excellence in Survivability. Torg has worked at the Institute for Defense Analyses (IDA) for 14 years and has served as lead for the Fixed Wing and Anti-Air Live Fire task since 2010, where he leads IDA staff in analytical and test efforts to evaluate the survivability of new fixed-wing platforms in support of the Director, Operational Test and Evaluation (DOT&E).

Torg jokes, “I knew that my plastic airplane model-building experience as a kid and throughout my life would somehow benefit me.”

And indeed it did. Torg’s most notable achievements have been in leading the Pentagon’s Live Fire Test and Evaluation (LFT&E) of the F-35 Lightning 2, P-8A Poseidon, EA-18G Growler, C-27J Joint Cargo Aircraft, and the E-2D Hawkeye, as well as coordinating the efforts of other Pentagon analysts in two dozen other aircraft and air-to-air weapons systems.

Early in the life of a program, Torg and his staff coordinate the development of a Live Fire Strategy that outlines the scope and resources needed for testing, modeling, and evaluating aircraft survivability and weapon lethality. Then, as programs develop, he monitors the testing and modeling performed by contractors and begins sculpting a final report to Congress to support a Beyond Low-Rate Initial Production (BLRIP) decision. Torg takes an active part in helping programs consider survivability enhancements in light of mission requirements, potential threats, and operational tactics, including specialized survivability equipment, such as dry bay fire extinguishers, fuel protection systems, crashworthiness, egress, etc.

“Aircraft systems are somewhat unique in how they survive,” Torg said. “Their lightweight designs limit their ability to tolerate threat hits, so preventing hits (susceptibility-reduction) is often the most significant part of the survivability strategy. Although the Live Fire law places the primary emphasis on testing vulnerability with respect to potential user casualties, it has to equally consider the susceptibility to attack and combat performance of the system. So understanding the susceptibility becomes a major part of the effort.”

To gain this understanding has required Torg and his fellow researchers in IDA and DOT&E to expand their efforts beyond traditional (vulnerability-oriented) live fire testing and analysis to follow developmental and operational test activities, as well as broaden the DOT&E BLRIP reports to provide comprehensive descriptions of fixed-wing aircraft survivability.

After his graduation with a B.S. in aerospace sciences from the University of Minnesota in 1974, Torg gained 5 years of operational experience as a U.S. Navy flight officer, flying A-6E Intruders as a bombardier/navigator with the USS John F. Kennedy. This applied experience helped give him a well-balanced view of the roles of operations and equipment in enhancing aircraft survivability. He then worked for the next 24 years at United Technologies Research Center (UTRC) in Hartford, CT, becoming a senior research engineer.

“That research experience” Torg said, “gave me a lot of knowledge in testing a wide range diverse systems and evaluating differing types of physical problems, from aircraft gas turbine combustors and fuel systems to scramjets, hydrogen fuel cells, and high power lasers. I gained expertise in the types, capabilities and limitations of many instrumentation techniques, and much of my career was dedicated to understanding and implementing, then developing, optical and laser-based diagnostic tools for combustion and other measurement applications.”

The greatest emphasis was the development and use of a Coherent Anti-Stokes Raman Spectroscopy (CARS) system that could make temperature and species concentration measurements in realistic aero propulsion systems. It was for this work that, in 1990, Torg received the UTRC Special Achievement Award for CARS measurements in a full-scale hydrogen scramjet combustor as part of the National Aerospace Plane program. Also during this time, he authored three patents for designs for a solar air conditioner system, a fuel cell power plant inlet, and a novel pulse detonation engine concept. Torg also earned a Ph.D. in mechanical engineering in 1992 from the University of Connecticut (while working full time at UTRC). His dissertation addressed the understanding of planar gaseous detonation waves using Rayleigh images generated by a high-power pulsed ultraviolet laser.

“Based on my prior career at UTRC, I recognized that there is a lot of test, measurement, and analysis technology residing outside of the LFT&E community that could be brought to bear to solve LFT&E problems,” Torg said. “I felt that the LFT&E state-of-the-art could be significantly enhanced if the community could understand and employ some of this knowledge.”

Torg has worked throughout his career to try to infuse this understanding in the community. From 2005 through 2007, Torg held “Instrumentation Roundtables” at the JASP Program Review meetings, bringing in outside technology experts to describe the capabilities and potential for instrumentation in several areas. The community was informed about laser-based measurement techniques for temperature and species concentrations, high-frequency-response pressure sensors that had capabilities beyond those being employed in LFT&E at the time, and advances in high-speed video imaging that could improve our understanding of LFT&E test results. These meetings were successful in linking the technologists with LFT&E testers, resulting in improvements in the community’s test techniques and measurement results.

Torg also recognized that the understanding of the science of combustion outside of the LFT&E community was well beyond the tools we use to evaluate the potential for ballistically induced fire, and he developed an approach for incorporating that understanding into our survivability assessments. A more scientific approach was encouraged, and LFT&E analysts were coupled with technologists from the Lawrence Livermore National Laboratory to bring in their understanding of the mechanisms that control the likelihood of fire to our problems. And that effort is still ongoing.

Based on his LFT&E experience at IDA and his operational Navy experience, Torg also led an effort to support DOT&E in establishing an Integrated Survivability Assessment approach, evaluating aircraft systems for overall survivability (susceptibility and vulnerability). This approach was shoehorned into the C-27 Joint Cargo Aircraft assessment, but its first real trial came with the assessment of the P-8A in support of the Full-Rate Production (FRP) decision. IDA has subsequently endeavored to use this approach on every aircraft platform on DOT&E LFT&E oversight.

In 2008, Torg also organized and led a round-table event at the JASP Program Review meeting to discuss and begin developing an approach for better assessing aircrew casualties, consistent with the wording of the Live Fire Test law. This meeting initiated efforts that led to the current aircrew casualty assessment approaches.

Finally, as a private pilot, Torg has accrued 1,200 hours of flight time in light aircraft and earned certifications as an instrument and a commercial pilot. Encouraging kids in math and science has also been a long-time interest of his, and while in Connecticut he started an initiative called FlyingKids, giving inner city kids a chance to fly airplanes at his flying club. In his spare time, he also tutors local middle schoolers in math and science and leads them in IDA’s annual Minnie Howard Math Day.

Congratulations, Torg, for your Excellence in Survivability and for your many contributions to the Department of Defense, the survivability community, and the Warfighter.

Dr. Joel Williamsen currently serves as a live fire analyst for IDA and a senior advisor for JASP. He has more than 35 years of experience in aircraft/ spacecraft survivability and weapons lethality. For his many efforts in the field, he received the American Institute of Aeronautics and Astronautics Survivability Award (AIAA) in 2012. Dr. Williamsen holds a bachelor’s degree in mechanical engineering from the University of Nebraska and a Ph.D. from the University of Alabama in Huntsville.