The last 45 years have brought great advances in the realms of computing and aircraft design. In terms of computing, we have seen the advent of desktop computing, the Internet, smartphones, cyber security, and a host of other advances that previous generations had hardly anticipated. Likewise, we have seen development and deployment of increasingly complex and technologically advanced aircraft, starting with systems such as the A-10 and F-16 in the 1970s and progressing up to the recently developed F-35 and KC-46 aircraft. The pace of progress has been rapid since 1973; and, amazingly, COVART has remained a viable tool for performing ballistic vulnerability studies on aircraft all this time. It may have been slow to adapt to advancements in computing technology, but it has remained a tool of choice for studies supporting even the latest aircraft.

COVART 7.0, released in the summer of 2018, represents the next step in higher-precision ballistic vulnerability analyses. It supports advances in projectile and fragment penetration estimation methodologies, provides improved means for assessing the sensitivity of COVART results to penetration estimation errors and threat inputs, and sunsets some antiquated features that no longer hold the value that they once did for the community. Ultimately, these changes are intended to equip analysts with the tools they need to answer ballistic vulnerability questions into the future.

One factor that has historically limited the precision of ballistic vulnerability analyses over the years has been the simplistic nature of the penetration methodologies available to the community. Back in the 1970s, the test community did not have the equipment and computing resources available today, so the community had to make simplifying assumptions about threat and plate orientations observed in testing. As illustrated in Figure 1, threat orientation was often simplified into a single, two-dimensional, yaw angle. Likewise, plate orientation was reduced to a single, two-dimensional, obliquity angle. These simplifications, while understandable, led to imprecise evaluations of the relative orientation between the threat and plate, which led to errors in penetration assessments that rippled through the system-level results of studies.

Over the past 20 years or so, however, the Fast Air Target Encounter Penetration (FATEPEN) and Joint Technical Coordinating Group for Munitions Effectiveness (JTCG/ME) Projectile Penetration (ProjPen) modules have been improved to consider the orientation of threats and plates more precisely. FATEPEN was updated to employ three dimensions and six degrees of freedom back in the late 1990s, while ProjPen was recently updated to same level of precision under Joint Aircraft Survivability Program (JASP) Project M-15-03, which was completed last year. With the availability of improved methodologies, all that remained was to enable COVART to fully use these features.

COVART 7.0 (the deliverable of JASP Project V-17-04) enables users to access these higher-precision penetration estimation features in FATEPEN and ProjPen. As illustrated in Figure 2, users can now define threat (fragments and projectiles) orientations in terms of pitch, yaw, and roll; and COVART can track plate orientations in terms of pitch and yaw. Further, COVART continues to maintain its support for the spin stabilization of projectiles, which was initially introduced in COVART 6.9. With these changes, COVART 7.0 is able to provide more realistic assessments of threat penetration. 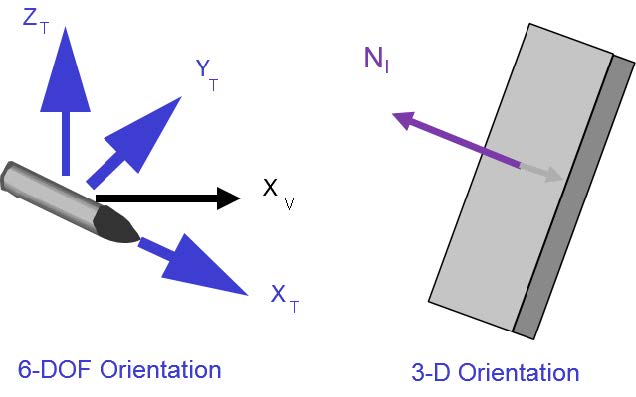 Besides enabling penetration assessments in three dimensions, COVART 7.0 also provides the means to observe the average results from a range of input threat orientations. Older versions of COVART used to support a similar feature for fragments only, but COVART 7.0 supports this feature for fragments, armor-piercing/armor-piercing incendiary projectiles, and even high-explosive rounds. No longer do users need to make multiple runs to mitigate the deterministic nature of the software; they can run multiple orientations at once and capture the average results. Between the improvements in orientation tracking and the ability to run multiple orientations in the same run, users are able to reach the next level of fidelity in assessments with COVART.

The Penetration Sensitivity Feature gives the user the ability to observe the effects of penetration errors on system-level vulnerability results. With this feature, the user can provide error distributions (i.e., means and standard deviations for normal distributions [see Figure 3]) for selected penetration parameters (currently limited to residual mass, residual velocity, residual pitch, and residual yaw), which COVART uses to modify FATEPEN and ProjPen outputs at each threat-target intersection. Due to the stochastic nature of using error distributions, the feature also includes the capability to run Monte Carlo iterations at the shotline level. The feature processes shotlines a user-determined number of times, returns selected shotline metrics for each iteration, and reports the average response across all iterations in the final system-level results. 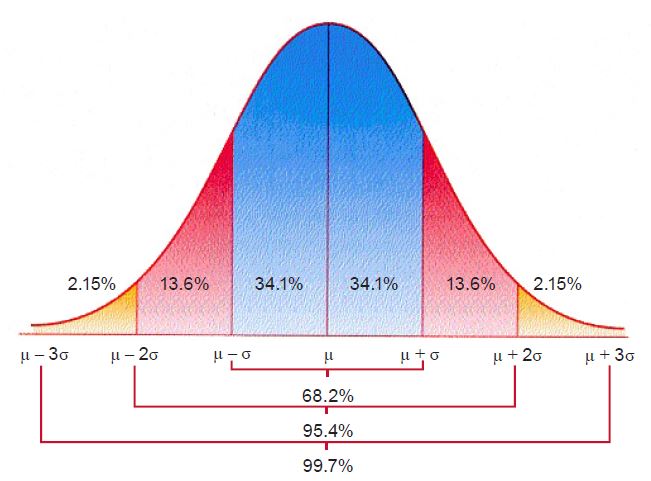 This feature will be used in sensitivity studies involving several aircraft for JASP Project V-18-02, and the results will be used to build vulnerability response models that can estimate the expected change in system-level results due to changes in penetration error distribution parameters. Further, these models will help the community to identify the accuracy required from FATEPEN and ProjPen to support accurate ballistic vulnerability assessments and inform plans for future penetration methodology improvements.

The Threat Input Sensitivity Feature provides the means to rerun complete analyses to observe the impact of potential errors in threat inputs. This is a brand-new feature for COVART, and the threat inputs initially supported include fuze delay time, fuze delay distance, fragment ray randomization seed, initial threat orientation, threat aim point, projectile spin rate, and gridded ray randomization seed. When using this feature, users receive a complete set of results for each iteration the user defines, as well as the average system-level results across all iterations. In varying these threat inputs, users are able to define specific values to run for each input, provide the parameters for a uniform distribution of the input, or provide the parameters for a normal distribution of the input. The goal with this feature is to provide the means to overcome the deterministic nature of COVART when it comes to certain analysis options (especially for high-explosive rounds). Between the Penetration Sensitivity Feature and the Threat Input Sensitivity Feature, users have new tools to evaluate the sensitivity of their analyses to how COVART, FATEPEN, and ProjPen model threats.

With the progress that has been made over the years with COVART, the time has arrived to phase out numerous features that, while useful at one time, have been replaced with better methodologies. In COVART 7.0 and subsequent releases, features such as the Point Burst Generator (PGEN) replacement mode, the old JTCG/ME fragment penetration equations, and the FASTGEN and COVART legacy modes will be disabled and removed. Removing these items improves our ability to maintain the software and eliminate some of the issues involved with these older features.

PGEN replacement mode was a target-sampling methodology that enabled users to determine where fragments impacted targets. The methodology used uniformly distributed diverging rays and, when vectoring fragments due to the velocity of the threat at detonation, would often place multiple fragments on the same ray. The use of this methodology became problematic when the user did not specify a sufficient number of uniform diverging rays, leading to many fragments essentially hitting the same components and missing important critical components that could have system-level consequences. This methodology has been replaced with the higher-fidelity Advanced Diverging Ray (ADRaM) approach. This approach, which was initially provided in FASTGEN 5.2.1 in 2003, individually flies each fragment from the threat. The sampling with ADRaM is much better (i.e., fragments have an opportunity to impact more critical components within an aircraft model); and with the new Threat Input Sensitivity Feature, users are better able to understand the average response of their aircraft to high-explosive rounds.

The old JTCG/ME fragment penetration equations have been in COVART since its genesis in 1973. Over the years, however, the limitations of these equations have been noted, and support for the resulting module has been largely nonexistent. In addition, any capability provided by these equations has been entirely replaced by FATEPEN, which will be the standard for fragment penetration assessment well into the future. While the data are limited to indicate that FATEPEN is, indeed, more accurate than these older equations, based on the recent emphasis on the V&V of FATEPEN, it is likely much more accurate now than the old equations ever were.

Finally, the FASTGEN and COVART legacy modes in COVART6 were features that allowed users to interact with COVART as they did with the older versions of the software. Because the introduction of the integrated mode (a feature combining ray tracing and vulnerability assessment in a single software execution) in 2008, the state of the art has advanced to the point where these legacy features can be disabled. The capability to preprocess FASTGEN targets will be provided by a standalone FASTGEN driver, eliminating the need for a feature within COVART. Furthermore, the capability to reuse shotlines (a key benefit of the COVART6 legacy mode) between integrated mode runs is provided via the restart mode feature currently available in the software. With suitable replacements in place, these older legacy features can be removed. Overall, sunsetting these outdated features will lead to a better product for our users, as the development team will be able to focus on the most important portions of the software in the future.

The pace of the progress we have seen over the last 45 years is showing no signs of abating. The COVART development team is dedicated to tracking these changes and creating a product that improves our users’ ability to perform high-fidelity ballistic vulnerability studies. Accordingly, COVART 7.0 takes advantage of the higher-precision penetration calculation methodologies available today, provides tools to facilitate the V&V of analysis products, and removes clutter from outdated legacy features. The goal is to build a foundation with COVART 7.0 that sets up the next 45 years of ballistic vulnerability analysis.

Mr. Rodney Stewart is a systems analysis engineer for the Air Force Life Cycle Management Center at Wright-Patterson Air Force Base in Dayton, OH. He currently serves as the Model Manager for FASTGEN and COVART and has more than 12 years of experience in the development, use, and management of these models. Mr. Stewart has a B.S. in mechanical engineering from the University of Colorado at Colorado Springs and an M.A. in leadership from Barclay College in Haviland, KS.