The HH-60W LFT&E Program: An Update 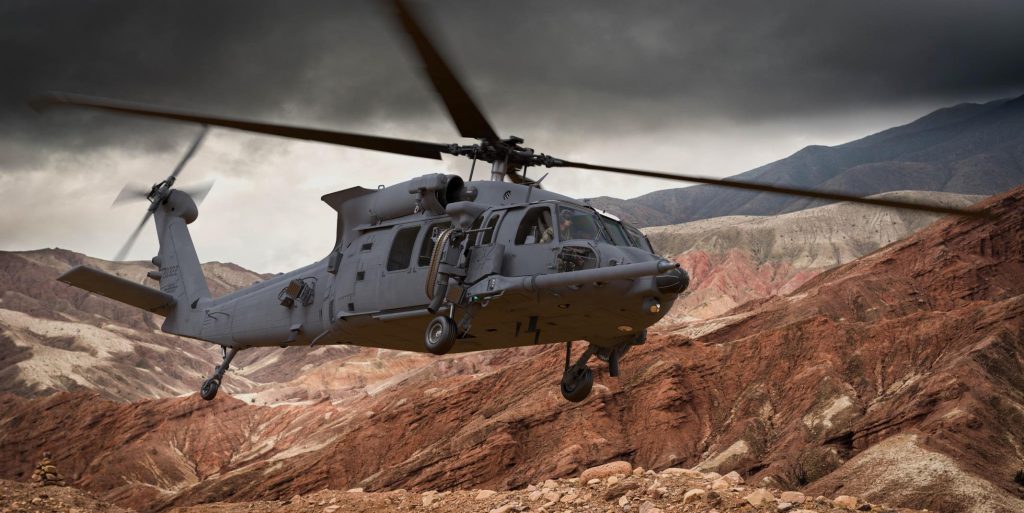 The Combat Rescue Helicopter (CRH) is an Acquisition Category (ACAT) 1C program based at Wright-Patterson Air Force Base, OH, and included on the Office of the Secretary of Defense’s Oversight List. The U.S. Air Force (USAF) program of record calls for 112 helicopters to replace the Air Force’s rapidly aging HH-60G Pave Hawk helicopters, which perform critical combat search and rescue and personnel recovery operations for all U.S. military services. The USAF designated this aircraft the HH-60W. The Director, Operational Test and Evaluation (DOT&E) determined that the CRH is a covered system for Live Fire Test and Evaluation (LFT&E). Due to the considerable amount of test and combat data available on Black Hawk variants, the program obtained a full-up, system-level Live Fire Test (LFT) waiver. To meet LFT statutory requirements, the program developed a DOT&E-approved Alternative Test Plan. This article, which is a follow-on to an article in the fall 2017 issue of Aircraft Survivability, presents an overview of the HH-60W aircraft, the status of the LFT&E program, and an overview of the plan for the next year.

The HH-60W (shown in Figure 1) is a rotary-wing, dual-piloted, multi-engine aircraft based on the in-production UH-60M helicopter. It will carry a crew of two pilots and two special mission aviators. The primary mission of the HH-60W is to recover isolated personnel from hostile or denied territory. USAF personnel recovery forces are also expected to operate under a wide range of environmental conditions and require the capability to operate from main operating bases, forward operating locations, and near and aboard single- and multi-spot U.S. Navy surface ships.

The HH-60W air vehicle will be capable of employment day or night, in adverse weather, and in a variety of threat spectra, as identified in Joint Operating Concepts. These spectra include terrorist attacks and chemical, biological, radiological, and nuclear threats. The system will also execute humanitarian missions, civil search and rescue, disaster relief, medical evacuation, and noncombatant evacuation operations. In short, the platform is designed as a safe, effective, reliable, available, and maintainable platform. It integrates a new mission computer, incorporates existing line replaceable units for mission systems, and has provisions for air refueling.

The HH-60W has a few significant design differences from the production UH-60M, in addition to its mission support systems. These changes include added ballistic protection, an air refueling receiver capability, and enlarged internal fuel tank(s). These three areas and their components are the focus of testing to be accomplished in the CRH LFT&E program.

The $1.48 billion Engineering and Manufacturing Development (EMD) contract includes development and integration of the aircraft and rescue mission systems, as well as delivery of four CRH EMD helicopters, five System Demonstration and Test Articles (SDTA), and training systems. The first three aircraft and six training systems are in production as of June 2018. Production of the first aircraft is expected to be completed this fall, and first flight is planned to commence before the end of 2018.

The overall goal of the CRH LFT&E Program is to conduct a comprehensive evaluation of the system’s survivability (aircraft, aircrew, and passengers) to expected ballistic and advanced threats while completing its mission. The team is capitalizing on applicable previous LFT&E activities to the greatest extent possible, incorporating the results of previous testing, verification activities, and analyses (vulnerability combat data, qualification tests, system safety, crashworthiness, existing models, and other tests) in its determination of the additional testing and analyses required to support the LFT&E program.

The LFT&E strategy presents an approach to determine the system-level survivability (susceptibility and vulnerability) of the aircraft as well as assess the occupant force protection. The initial strategy was approved shortly after contract award and updated following the Air Vehicle Preliminary Design Review. The strategy is reviewed at LFT&E Working Group meetings at least quarterly for any necessary changes/additions as the program works to close the Critical Design Review and move into formal developmental testing.

The first LFT&E test conducted for the HH-60W was the flight crew armored seat bucket (shown in Figure 2). The objective of the test series was to collect data to be used to evaluate the effectiveness of the flight crew armored seat bucket when subjected to ballistic impacts by an operationally relevant threat. Data, analyses, and lessons learned from previous armor programs were used to assist in the development of the test plan. The test series (the setup for which is shown in Figure 3) used production-representative test articles and statistically significant test procedures for assessing the ballistic response of the armor. 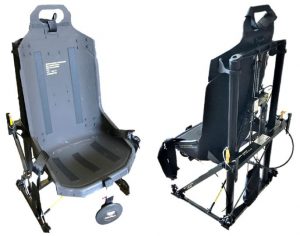 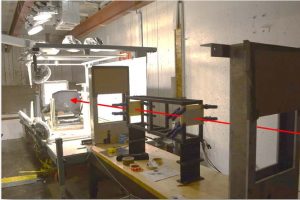 The results from this test series will be incorporated into the Department of Defense (DoD)-approved vulnerability analysis. Vulnerability analysis results and results from Integrated Test and Evaluation susceptibility tests, combined with DoD-approved susceptibility models, will be incorporated into the Integrated Survivability Assessment to evaluate the overall survivability posture of the HH-60W to ballistic and advanced threats expected to be encountered in real-world, operational environments. This test series was not a seat armor qualification test program but an independent evaluation of the effectiveness of the seat when subjected to ballistic impacts.

Testing was successfully completed, meeting the primary objective of establishing a ballistic response curve for the seat bucket against the selected operationally relevant threat. A three-phase optimal design (3pod) strategy was used to establish the ballistic response curve with 80% confidence intervals. The detailed test report will be submitted to DOT&E (LFT&E), including an analysis of the test results, identification of variables that influenced test results, comparison to pre-test predictions, and an investigation for potential differences in results for various impact locations.

The next LFT&E test being conducted for HH-60W is ballistic testing of the refueling line to evaluate the likelihood of dry bay fire ignition and a resultant sustained fire from threat-induced damage. The primary reasons to evaluate the aerial refueling system under LFT&E are as follows:

Test objectives will be met by the following:

The HH-60W cabin and cockpit armor system comprises a passive armor plating kit designed to provide ballistic protection for occupants. Qualification testing consists of verifying ballistic performance during and after exposure to fluid; expected environmental exposures; and shock, vibration, and acceleration profiles expected during vehicle service life. MIL-STD-662F is being used as the basis for the qualification testing.

Following successful completion of this qualification test series (expected in 2018), the LFT&E team will accept delivery of LFT&E production-representative test articles. Figure 4 shows some of the results from cabin armor testing. 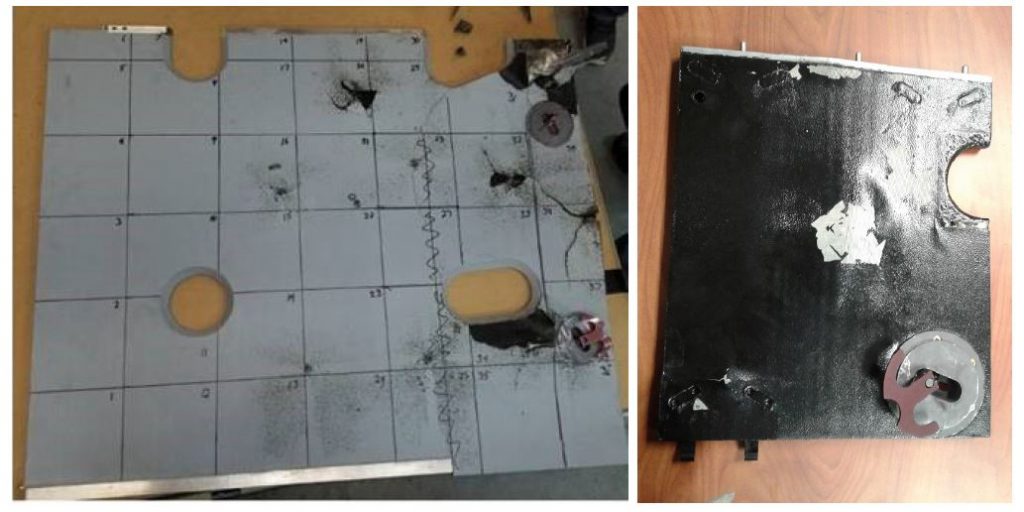 In the next 12 months, cabin and cockpit armor will undergo LFT&E testing after the completion of qualification testing. The objective of this test series is to collect data that can be used to assess the effectiveness of the HH-60W armor system when subjected to ballistic impacts by operationally relevant threats. The results of coupon testing will be leveraged for development of the installed armor system test series. Because qualification testing focused on meeting a zero-penetration requirement for the specification threat, LFT&E will attempt to establish comprehensive ballistic penetration curves to allow for estimation of the isolated armor performance against operationally relevant threats. The test data and post-test analysis will be compared to the armor vendor’s qualification test results where applicable and will provide information to develop a strategic test plan for system-level testing of the installed armor.

LFT&E testing of the newly designed fuel cell will follow in late 2018 and will include testing to characterize the system’s performance against the combat environment within which the HH-60W is designed to operate. The LFT&E program is leveraging the qualification test activities that began in late 2016, continued throughout all of 2017, and are anticipated to be complete in 2018. The system will be tested to operationally relevant threats in a production-representative installed configuration, and the results will be analyzed for incorporation into the Integrated Survivability Assessment.

All developmental testing, LFT&E, modeling and simulation, and analysis results will be included in the final LFT&E consolidated report submitted to DOT&E LFT&E prior to the Full Rate Production Decision Review, as required by law. 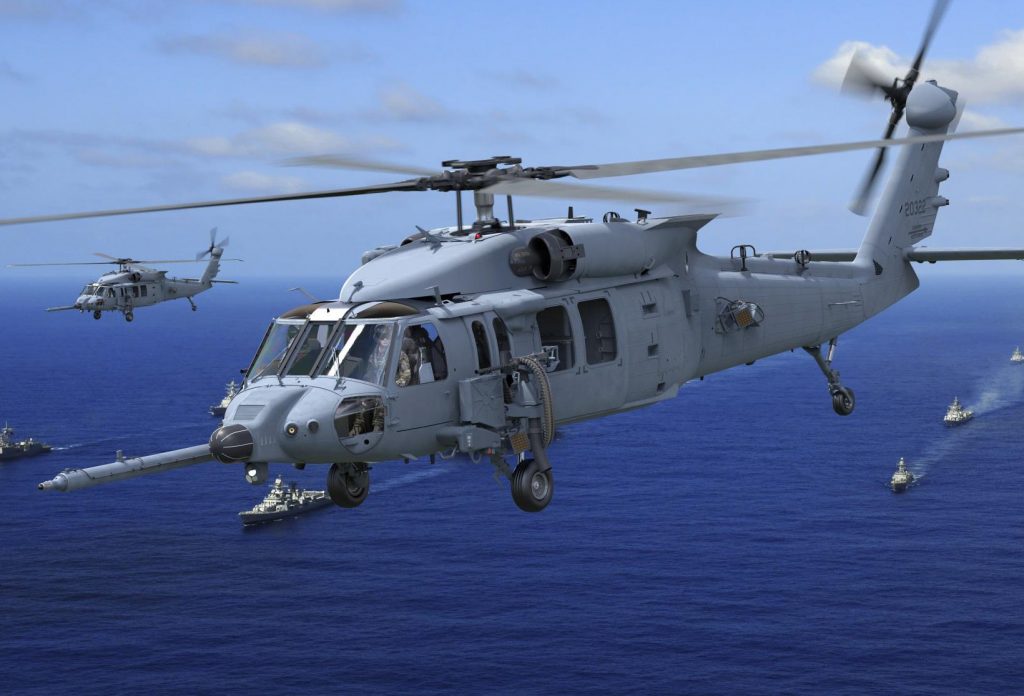 Ms. Samantha Block is the CRH LFT&E team lead for the Air Force Life Cycle Management Center (AFLCMC/WITH) Helicopter Program Office. She is a graduate of Michigan Technological University and was commissioned through the Air Force Reserve Officers’ Training Corps (ROTC) program. Ms. Block was formerly an active duty contracting officer before becoming a civilian program manager and then the CRH LFT&E lead.