The Joint Combat Assessment Team (JCAT) has had an exciting start to 2020. In January, JCAT Assessor Phase 1 training was held at Fort Rucker, AL, hosted by the Army Aviation Survivability Development and Tactics (ASDAT) Team. The 26 students that attended the week-long class consisted of prospective JCAT assessors and Army Aviation Mission Survivability Officers. Fundamentals in performing JCAT assessments were taught, and several “lab” events were conducted to provide students with the opportunity to perform assessments in the ASDAT training lab at Fort Rucker. This facility, which includes both rotary-wing and fixed-wing platforms, has several well-placed aircraft that have been staged to simulate actual battle damage scenarios that were experienced in Operation Enduring Freedom and Operation Iraqi Freedom.

In March, the Navy JCAT hosted JCAT Assessor Phase 2 training at the Naval Air Weapons Station in China Lake, CA. There were 18 Air Force, Army, and Navy students that graduated from the course this year. The training consisted of an intense curriculum at the Navy Weapons Survivability Lab of performing assessments on various types of aircraft subjected to damage effects from many different kinds of weapons. Each team completed more than four assessments (including a night-time assessment) in the 5-day class.

Army JCAT (ASDAT) would like to welcome both CW3 Rocky Jensen and Ms. Emily Coker as new members to the team. Rocky, an AH-64D/E aviator, is assigned to the team as an Aviation Combat Forensics Officer (ACFO). He will be a great fit with his extensive knowledge in his assigned aircraft, holistic aviation operations, and program of instruction development and management. Likewise, Emily is now the ASDAT Team’s Intelligence Specialist. She brings with her an extensive background in signals intelligence collection and analysis as well as advanced targeting techniques. The network she has built in the intelligence community will go a long way in continuing to shape our commitment to supporting the Warfighter with vital information on current threats.

Unfortunately, we have also had to bid farewell to some “heavy-hitters” at JCAT this year. In January, Mr. Jeff Whitmire, ASDAT Intelligence Specialist, left to further his career in intelligence operations. Jeff was a huge proponent in mentoring aviation intelligence officers as well as providing Aviation Enterprise Intelligence Summaries and current threat observations during his tenure. Additionally, CW3 Michael Clark, AH-64D/E ACFO, has been reassigned to 4th Combat Aviation Brigade in Fort Carson, CO. His relentless work ethic, precision performance, and aircraft survivability expertise will be greatly missed on the team. Best wishes to both Jeff and Michael.

CW5 Scott Brusuelas, ASDAT team chief, is also retiring this year with nearly 29 years of service. Scott has spent his last 4 years continually shaping our team to better support the Warfighter. His vision (aviation support to the Warfighter from the operational perspective) for how the team’s expertise can be best leveraged to help all aviators has shown us what we are capable of accomplishing. The JCAT team thanks Scott for his service and dedication and wishes him and his wife, Lisa, the very best in their next adventure.

From the Air Force side, we also say farewell to Lt. Col. Ron Pendleton. After 8 years with the JCAT team and more than 2 years as the Officer in Charge (OIC), Lt. Col. Pendleton was selected to be the Air Force Life Cycle Management Center Engineering Directorate’s Senior Individual Mobilization Augmentee (IMA). Thus, he transitioned program leadership to Lt. Col. Andrew Roberts at the end of May.

Lt. Col. Roberts has been on the JCAT since 2017, most recently serving as Director of Operations, and is thus well-suited for the new role. We thank Lt. Col. Pendleton for his leadership and wish him continued success. 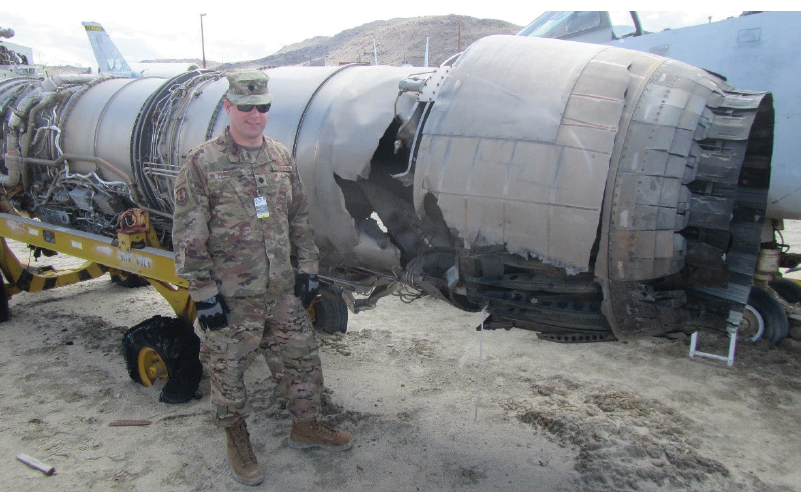 Finally, in light of the Threat Weapons and Effects training cancellation this year, the JCAT leadership is currently in talks about possibly hosting a smaller-scale event later in the year, depending on how the COVID-19 situation continues to develop. We will plan to pick up JCAT training activities as policy and good sense allow. All of the JCAT members would like to wish good health and good luck to all members of the aircraft survivability community and their families. 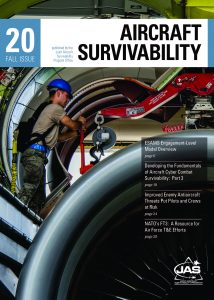