Survivability testers know all too well that the best-laid plans can’t account for the unknown unknowns. Thus, as Weapons System Laboratory (WSL) organizers made their many plans for the lab’s 50th anniversary celebration this past spring, little did they know of the sudden and widespread impact the COVID-19 pandemic, and the national response to it, would have. Who would have thought that the country would stop virtually all travel in a matter of days, and the nation’s workers—including much of the survivability community—would end up teleworking from home for months? But the unknown unknowns hit, and WSL’s historic celebration, like countless other events over the past 6 months, had to be postponed indefinitely.

Nonetheless, organizers have been encouraged by the many WSL alumni and supporters who have reached out to them and believe it would be a shame to let the months of planning, research, and reminiscing that have gone into coordinating the formal recognition of this important accomplishment go to waste. Organizers therefore encourage the community to stay tuned and look for an announcement at some point in the future when this long-awaited celebration can go forward as planned.

In May, the Royal Australian Air Force and the Boeing Company unveiled a prototype of their new artificial intelligence (AI) unmanned combat jet. The 38-ft-long high-tech drone, called the Loyal Wingman, is part of Boeing’s Airpower Teaming System (ATS). The aircraft is planned to have a range of 2,300 miles and use the latest in AI technology to support manned F-35 Joint Strike Fighters and potentially other aircraft in combat.

Planners expect the emergence of smart drone fighters such as this to make conventional manned aircraft more survivable by separating the sensor from the shooter and having the drones assume some of the manned fighters’ responsibilities and risks during air battles.

The Boeing system is just one of several the U.S. Air Force is considering for its proposed Skyborg family of drones, which are envisioned to have different, modular hardware and software package for different sets of missions. Kratos Defense and Security Solutions has also been working with the Air Force and has demonstrated several successful flights of the XQ-58A Valkerie drone as part of the Low-Cost Attributable Aircraft Technology program. Likewise, General Atomics and Lockheed Martin are reportedly developing their own proposals as well. 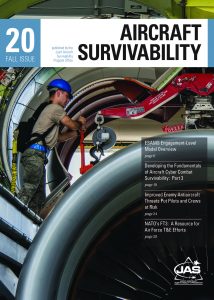