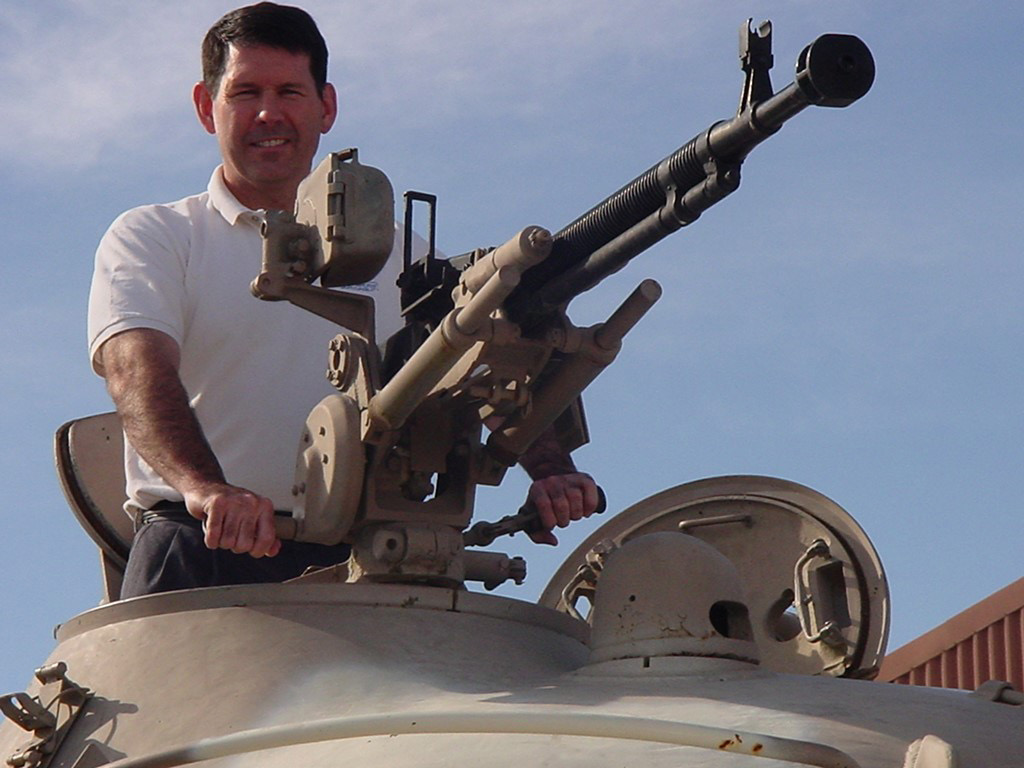 The Joint Aircraft Survivability Program (JASP) is pleased to recognize Mr. Robert Lyons for his Excellence in Survivability. Currently serving as the Technical Director of the Joint Aircraft Survivability Program Office (JASPO), Robert has been providing critical test and program management support for weapon system survivability for almost 40 years. During this time, he has distinguished himself as a leader in multiple survivability disciplines, including live fire test, survivability flight test, research and developmental test, and program management for the Navy, Air Force, and JASP. And the impact of his work on the nation and its Warfighters is undeniable, ultimately improving U.S. military capability and saving lives.

A California native and 1983 engineering graduate of the University of California, Robert began his survivability journey in the California high desert as a live fire test engineer at the Naval Weapons Center (NWC) in China Lake, CA. He was responsible for ballistic vulnerabil­ity testing of Navy aircraft subsystems, including structures, flight controls, and fuel systems on the F/A-18A, A-6E, and prototype V-22. He also led the F/A-18 Joint Live Fire (JLF) program and the first lethality live fire test and evaluation (LFT&E) test of the Advanced Medium-Range Air-to-Air Missile (AMRAAM). During his 6 years at NWC, Robert gained a detailed understanding of aircraft subsystems, vulnerability, and lethality; and he honed his expertise in the preparation and coordination of test plans, execution, evaluation, and documentation. In addition, the data he collected and lessons he learned on these programs continue to be reflected in the advanced capabilities, perfor­mance, and survivability of the current Navy aviation fleet, particularly the F/A-18, V-22, and AMRAAM.

Always looking forward to new experiences and challenges, Robert then joined the 420th Test Squadron at Edwards AFB in 1990. As the B-2A bomber survivability flight test lead, he headed and managed the B-2 Spirit detectability/survivability developmen­tal test and evaluation (DT&E) flight testing. Robert’s only condition for joining the test squadron was not to be called “Bob.” Thus, he was promptly given the call sign “Not Bob.” Leading large, diverse, multidiscipline teams of technicians and engineers, he was instrumental in the success of the B-2 Spirit development program, providing critical information to the upper levels of the Air Force and Office of the Secretary of Defense (OSD), including the Director of Operational Test and Evaluation (DOT&E). His “been there, done that” expertise on the testing of the effectiveness of observables (radio frequency [RF], electro-optical/infrared [EO/IR], electronic warfare [EW]) vs. foreign threat systems was critical to the B-2A defensive avionics DT&E and B-2A operational test and evaluation (OT&E). Robert also applied the experience and knowledge gained in the B-2A program to develop survivability test approaches for numerous follow-on high-priority aircraft, and the longstand­ing success of the B-2 Spirit bomber supporting U.S. operations across the globe is an ongoing testament to the skill and expertise of Robert and the other program developers and testers.

Never one to rest on his laurels, “Not Bob” and his career took a major turn in 1998, when he joined the Space & Naval Warfare System Command (SPAWAR) in San Diego to be the Program Manager and Test Director for the AN/SRS-1A(V) Combat Direction Finding (CDF) tactical cryptologic program. Here, he oversaw the development and implementation of a major software and hardware upgrade on 24 Arleigh Burke-class guided missile destroyers and 7 Wasp-class amphibi­ous assault ships. His responsibilities included development and management of program plans and budgets, as well as internal and external organization coordination and oversight of Government and contractor teams. Robert’s hard work and diligence helped the team overcome significant schedule and technical hurdles to complete a successful test program, including the first ever “mixed-mode” direction finding testing, which greatly increased the understanding of this important capability. These systems were a major capability upgrade to the Navy’s surface fleet, providing long-range hostile target signal acquisition and direction finding to detect, locate, categorize, and archive data into the ship’s tactical data system. CDF greatly improved warship commanders near-real-time indications and warning, situational awareness, and cueing information for targeting systems. In addition, Robert would be able to apply the program management, software development, and configura­tion management expertise that he gained during his time at SPAWAR in numerous future assignments.

In 2005, Robert moved to the East Coast and joined JASPO. Filling one of two Navy representative positions, he initially applied his survivability test and program management expertise to leading the JASP Susceptibility Reduction program. In this role, Robert brought together a diverse tri-Service team of aircraft susceptibility reduction engineers, testers, and modelers to tackle some of the formidable foreign threat weapon challenges facing U.S. aviators on current and future battle­fields. Leveraging the modest JASP susceptibility reduction budget with other Service and OSD funding, the team was able to significantly advance the technologies and techniques to counter stressing EO/IR and RF guided threats, ultimately transitioning those capabilities into programs of record, including, but not limited to, the Common Missile Warning System, Common Infrared Countermeasures, Distributed Aperture Infrared Countermeasures, Suite of Integrated Radio Frequency Countermeasures, and Integrated Defensive Electronic Countermeasures programs. 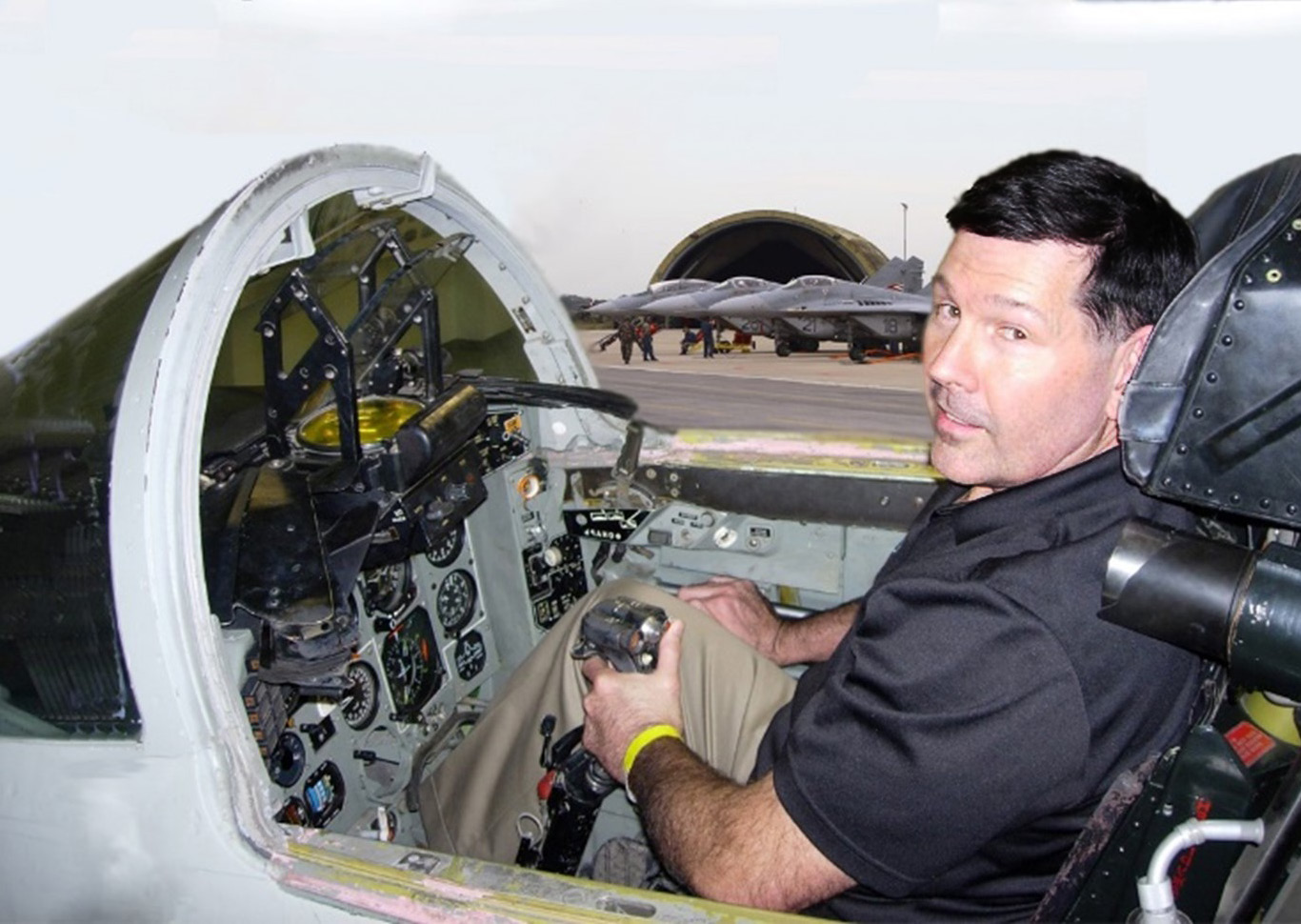 In 2010, Robert served as a key author of the JASP-led Study on Rotorcraft Survivability, a highly acclaimed report to Congress on the history, current state, and recommendations for survivability improvements regarding rotary-wing aircraft. This report was key in establishing a baseline on current fleet survivability, securing additional funding for implementation of critical life-saving technologies in rotorcraft operating in USCENTCOM, and achieving a signifi­cant and lasting impact on the ability of our forces to safely complete their missions. Moreover, this effort was accomplished in a short 9-month suspense, requiring the leadership and close coordination of a tri-Service working group of representatives from more than a dozen organizations. Once again, Robert’s keen organizational and analytical skills were instrumental in the identification and improvement of the nation’s military aviation capability.

Under Robert’s leadership, JLF-Air provided a significant benefit to the T&E and operational communities through the first comprehensive Man Portable Air Defense System (MANPADS) threat characterization for vulnerability assessment models. This characteriza­tion greatly improved the understanding of the damage mechanisms of this increasingly prolific threat, ultimately providing a higher level of realism and confidence in LFT&E and survivability modeling and simulation (M&S).

Throughout his tenure as the JLF-Air Joint Test Director, Robert also made it his mission to publish all the program’s test plans and reports in the Defense Technical Information Center’s Online Access-Controlled (DOAC) library, providing ready access of live fire test data to the aircraft survivability community. He increased the number of accessible reports by 100 (including an F/A-18A JLF test report he’d originally written as a young test engineer at NWC 20 years earlier). This notable effort preserved the knowledge gained through tens of millions of dollars’ worth of investment for use in determining future requirements and developing and validating M&S.

Congratulations, Robert, on this well-deserved and long overdue recognition of your many contributions to the survivability community. Your longstanding dedication and profession­alism have brought great credit to yourself, the community, and the many programs you’ve supported. And your expertise and efforts will continue to contribute to the protection of our combat operators and the success of the U.S. military for many years to come. 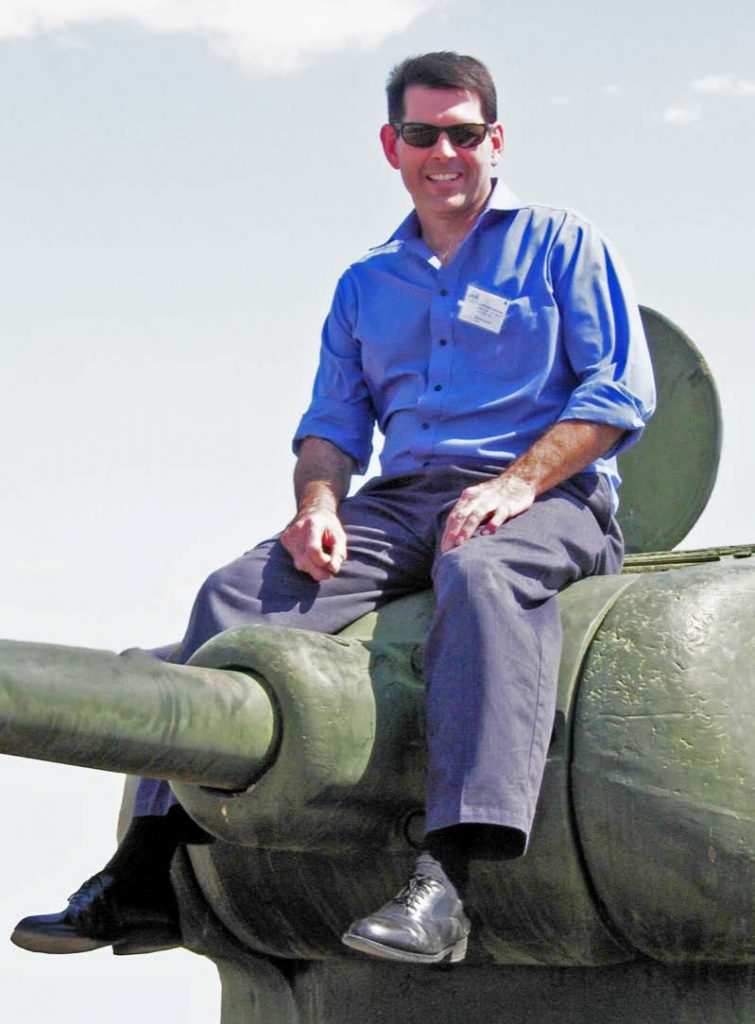 Mr. Dennis Lindell is the Director of JASP. He has more than 30 years of experience in aircraft survivability, including almost 20 years in JASPO.