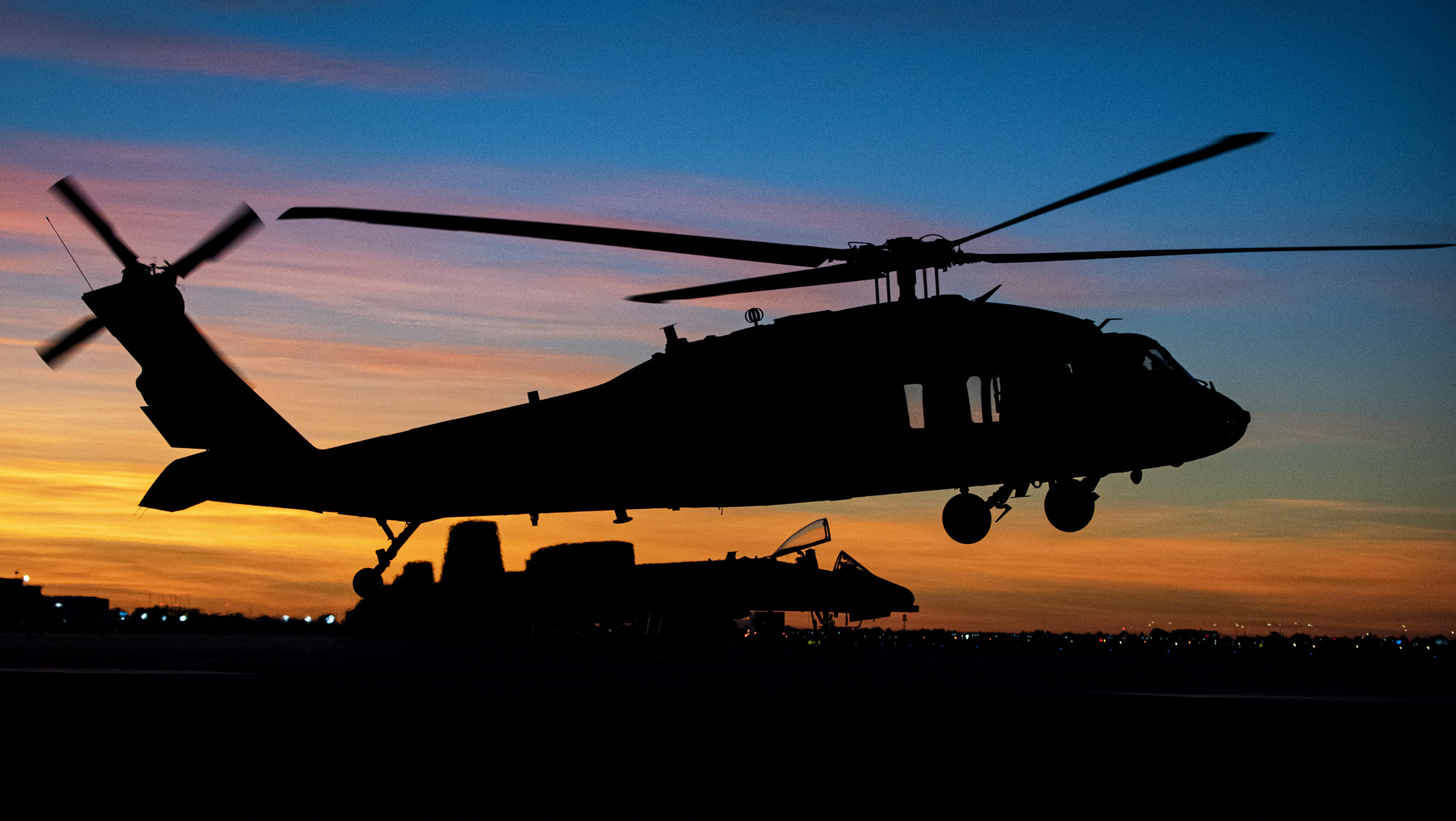 As a result of this working group’s efforts, several tools have made remarkable advances in rotary-wing M&S capabilities [1]. These include: 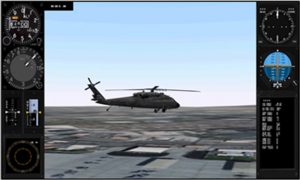 In addition, AFLCMC/EZJ has executed numerous JASP JTCG/ME projects to combine these and other tools, develop an intuitive interface, and provide the rotary-wing survivability community with enhanced capability in the form of the Survivability and Lethality of Aircraft in Tactical Environments (SLATE) framework [3]. The SLATE application supports constructive, batch, virtual, post-test event, and virtual test ranges. On a small personal computer, developers and Warfighters alike can conduct analysis regarding product design and tactics. SLATE leverages the Air Combat Effects Library (ACEL), the same math and data module that drives the next-generation JAAM v6.0 application. The SLATE simulation provides the user with both rotary-wing and fixed-wing aircraft operating at high, medium, and low altitudes, including clutter effects.

Unlike with an open-air test, SLATE features a user-friendly interface to give users access to complex simulations to evaluate interactions between an aircraft and threat system throughout the majority of the kill chain. Even more importantly, SLATE users will be able to run these engagements thousands of times from innumerable starting conditions to glean lessons learned that were previously unthinkable. 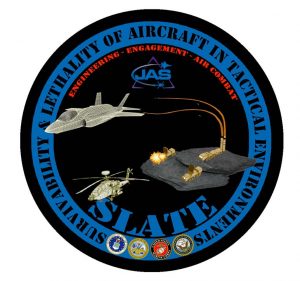 One of the SRWG’s major goals is to prove that most developmental work can be completed in a digital environment, thereby reducing expensive range costs and driving down timelines, while also protecting sensitive operational capabilities that could be exposed in open-air test environments. Upon completion of the Joint Air Threat Model Simulation Validation (JATMS-V), users of SLATE will have a validated simulation environment for single-rotor aircraft—the UH-60M—against a set of RF threat systems. In addition, future JATMS-V events will continue to grow this capability to other aircraft while also adding new threats as they become available. 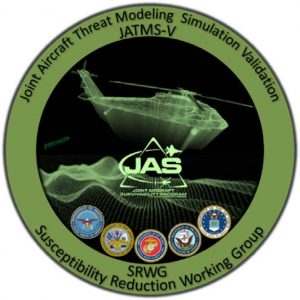 In May 2022, the SRWG met at the Institute for Defense Analysis (IDA) to discuss and build the Design of Experiment (DOE) for JATMS-V. The group collectively agreed that a DOE using JMP software would be the best methodology to accomplish its test goals, which are to determine with statistical significance (80% power and 80% confidence) that the rotary-wing models are, or are not, valid. A subissue crosswalk was then constructed, connecting 22 test subissues to critical DOE factors (variables). The group further discussed each of these factors, values, confidence levels, constraints, and necessary excursions to achieve a successful test.

IDA analysts are now ingesting this information into JMP to develop the DOE. The DOE report will provide the necessary data to shape the test plan, including number of runs, relationships, statistical relevance, and confidence. The team will continue to shape the test plan and coordinate test range/assets, aircraft, expendables, and team training. Test execution is projected for March 2023. 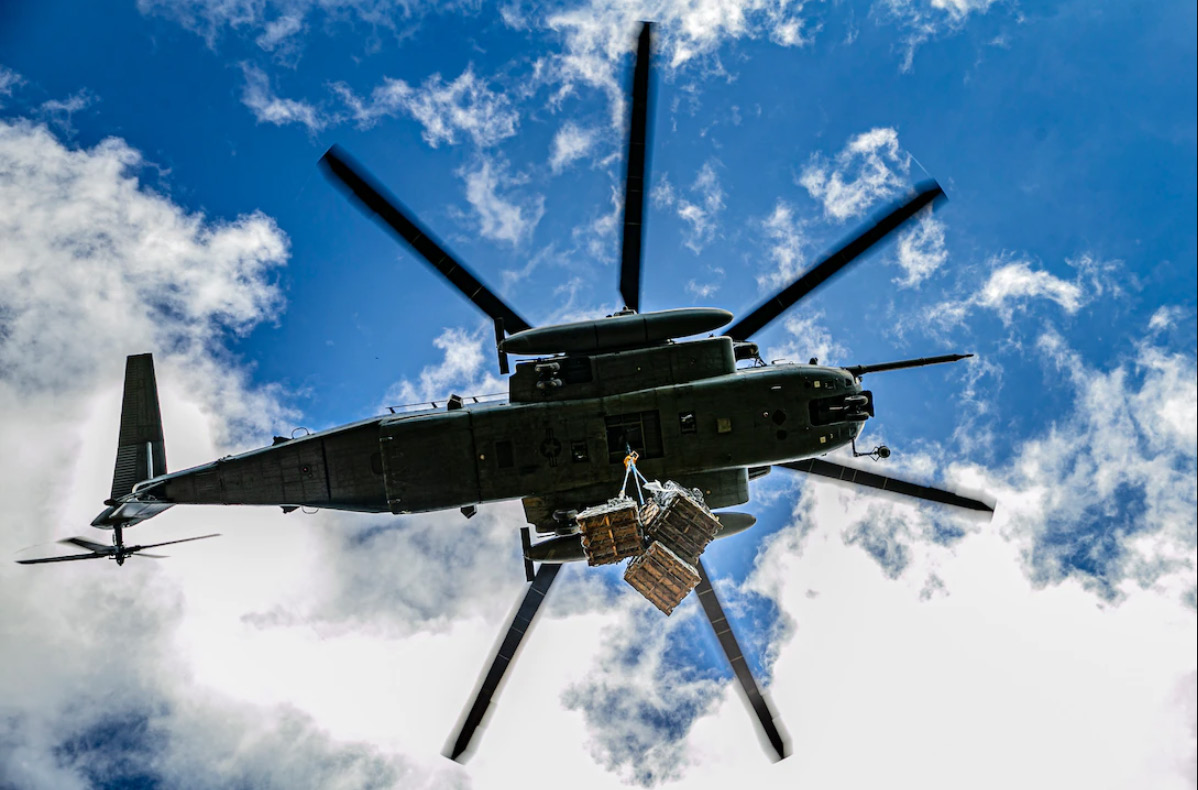 In the end, ensuring that these models are valid is critical. Over the next few years, rotary-wing engagement scenarios will be evaluated in both constructive and virtual simulations to assess recommended tactics, techniques, and procedures (TTP) capabilities, aircraft survivability equipment (ASE), and developmental aircraft survivability nuances against various RF threats. In these environments, the maneuvers can be flown by a provided script (constructive) or pilot-in-the-loop (virtual) and repeated numerous times with controlled variables. Data extracted from multiple executions will inform tactics development, ASE research and development, and acquisition decisions of key attributes in breaking the kill chain prior to live test runs. These efforts will ultimately help reduce cost; schedule; and, most importantly, the loss of lives.

Mr. Bart Schmidt is the Training Specialist (Survivability) on the Aviation Survivability Development and Tactics Team and is the Co-Chairperson for SRWG’s JATMS-V effort. With 26 years in the U.S. Army and 17 years as a UH-60 Black Hawk pilot, he also has been an aviation mission survivability officer, a combat forensics officer, and a subject-matter expert in aviation susceptibility and vulnerability. Mr. Schmidt holds a bachelor’s degree in professional aeronautics from Embry-Riddle Aeronautical University.