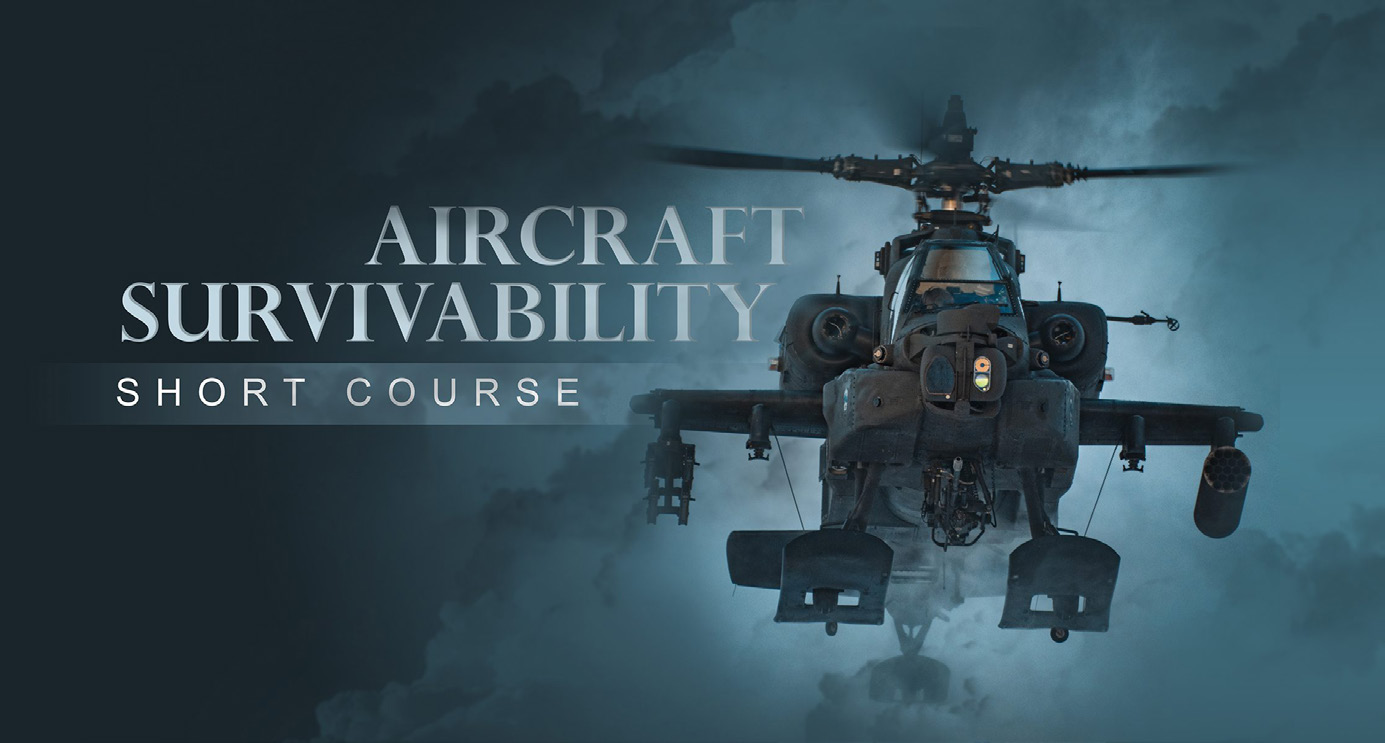 At the end of May, approximately 100 Government and industry students attended a 3-day short course in aircraft combat survivability at the new headquarters for the Institute for Defense Analyses (IDA) at Potomac Yards in Alexandria, VA. This classified short course—which was sponsored by the Joint Aircraft Survivability Program (JASP) and Office of the Director, Operational Test and Evaluation (DOT&E)—featured speakers, presenta­tions, demonstrations, and discussions from across the aircraft survivability community. The purpose of the annual course is to help military aviation developers, testers, researchers, program management and acquisition personnel, pilots, and other practitioners better understand how to increase the survivability and combat effectiveness of manned and unmanned air platforms.

The keynote address for this year’s course was given by retired Gen. Norton Schwartz, former Air Force Chief of Staff and current IDA president and CEO. Other presentation topics included:

Special thanks are extended to Dr. Mark Couch from IDA for arranging this year’s host venue and keynote speaker. For more information on the 2022 short course or to inquire about being a part of next year’s course, please contact Prof. Christopher Adams at the Naval Postgraduate School at caadams@nps.edu. 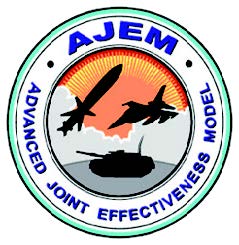 Additionally, AJEM v4.22.3 is planned for release this fall and is expected to enable users to more seamlessly integrate AJEM analysis results into analyses of higher-level effectiveness models. For example, v4.22.3 will provide DEVCOM Armaments Center the ability to integrate AJEM into its Performance Related and Integrated Suite of Models (PRISM) software. PRISM is a mission/engagement-level simulation tool that can incorporate physics-based and statistical models to feed data into campaign-level models.

For more information about AJEM and these versions, readers are encouraged to contact the AJEM Model Manager, Ms. Marianne Kunkel, at marianne. kunkel.civ@army.mil. To obtain the latest version of AJEM, qualified users should contact the Defense System Information Analysis Center at https:// dsiac.org/models/ajem/. 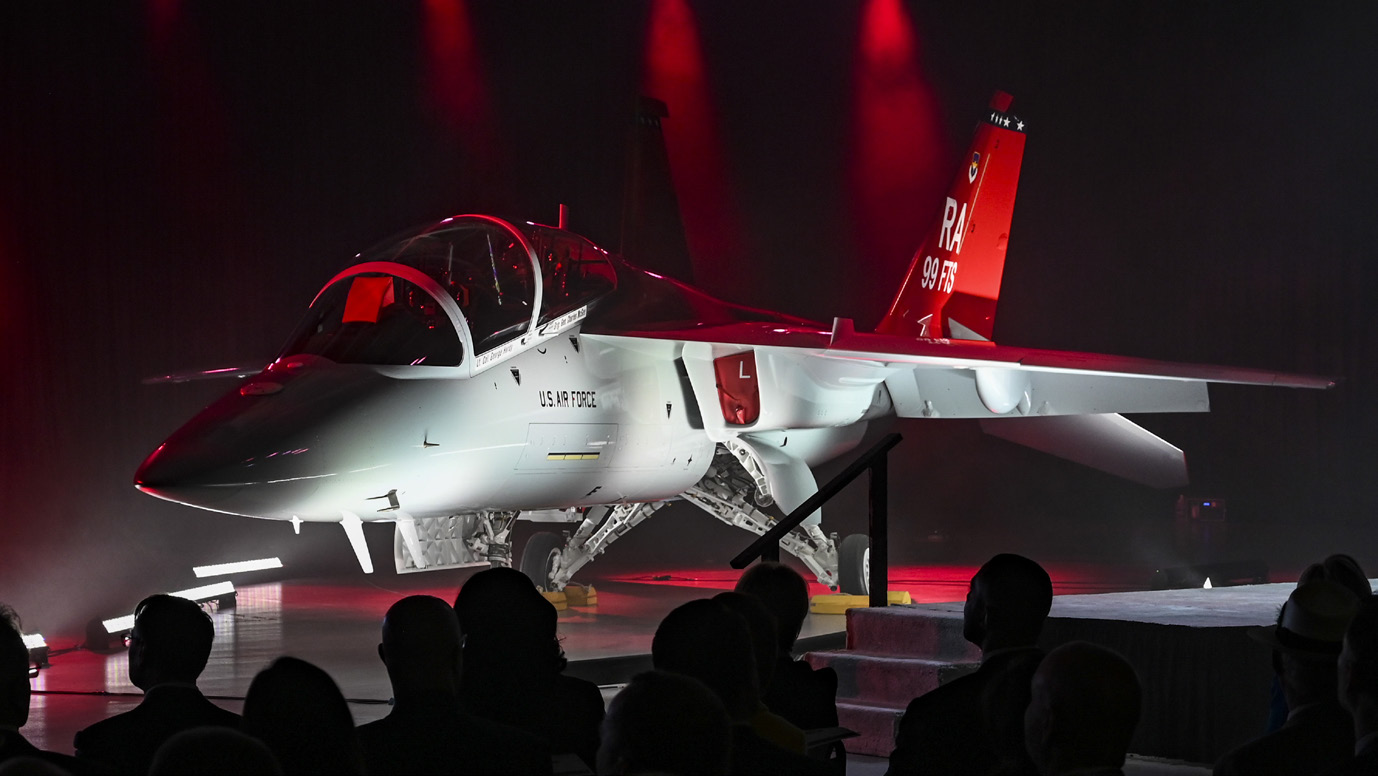 In April, the first unit of the Air Force’s new jet trainer, the T-7A Red Hawk, rolled off the production line at Boeing’s manufacturing facility in St. Louis, MO. The jet is the Service’s first new advanced trainer since the T-38 Talon entered service more than 60 years ago. In addition, the plane is said to be the first aircraft to be fully digitally designed, moving from computer screen to first flight in 36 months.

The Red Hawk, whose name and distinctive color were chosen in honor of the famed Tuskegee Airmen “Red Tails” of World War II, is expected to be much more adaptable than it predecessors. Its open-architecture software will accommodate the addition of new capabilities and training elements to keep pace with ever-changing Air Force requirements and technologies. Furthermore, the jet’s high-end perfor­mance is expected to make the aircraft suitable for other roles beyond just pilot training, including potential adaptation and exportation as a light fighter. The Red Hawk is currently scheduled to reach initial operational capability in 2024, with the Air Force planning to buy at least 351 units.

In May, the Air Force successfully tested the first air-launched hypersonic weapon, releasing an AGM-183A Air-launched Rapid Response Weapon (ARRW) from a B-52H Stratofortress flying off the California coast. During the test, the ARRW—or “Arrow”—demonstrated its booster ignition and burn capabilities and achieved hyper­sonic flight speeds 5 times greater than the speed of sound.

The historic flight was executed by the 419th Flight Test Squadron and the Global Power Bomber Combined Test Force, based at Edwards Air Force Base, CA. The ARRW is being designed to give U.S. military leaders the ability to hold fixed, high-value, time-sensitive targets at risk in contested environ­ments from extreme stand-off distances, as well as extend the U.S. military’s rapid-response, precision-strike capabilities against heavily defended targets all across the world. 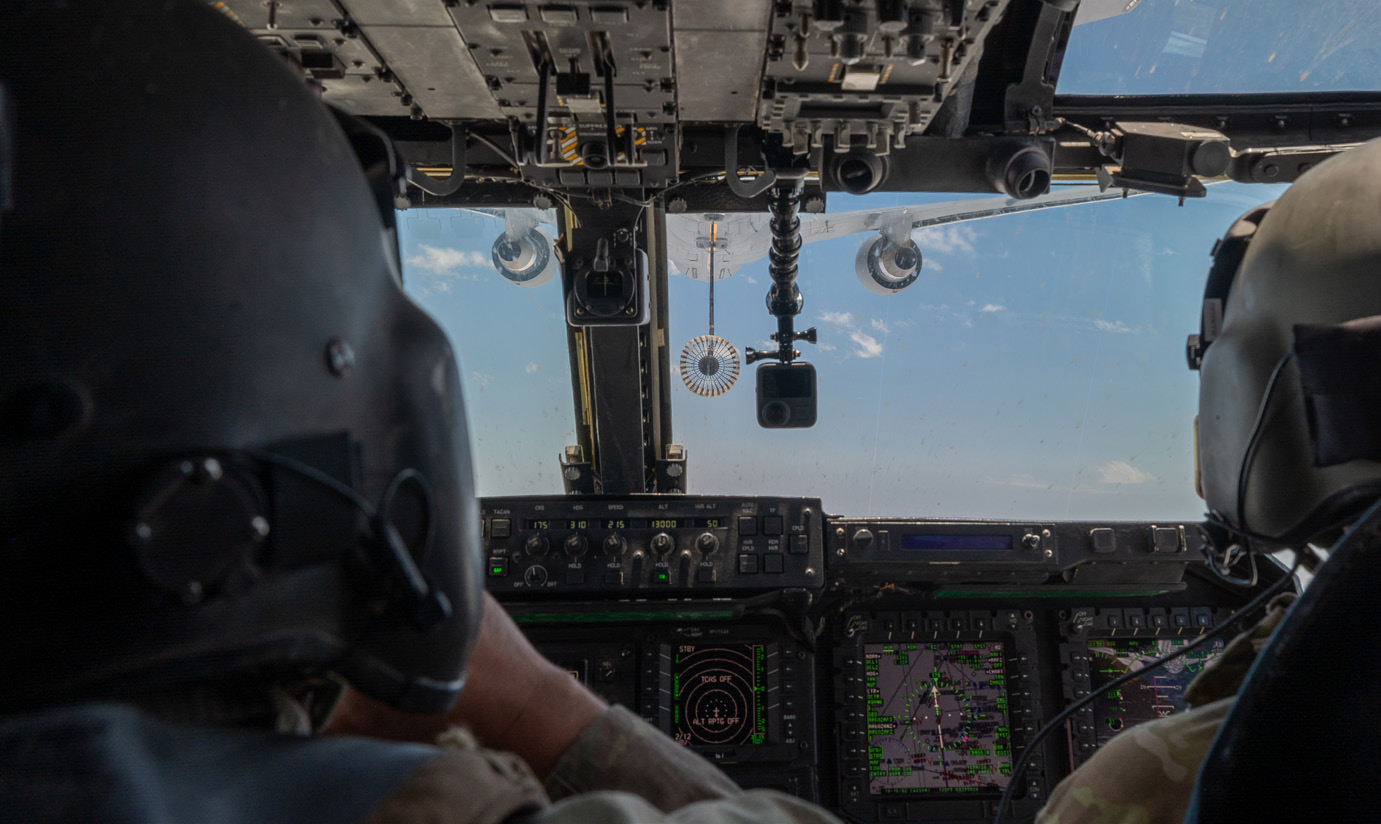 In June, a KC-46 Pegasus tanker was used to successfully refuel a CV-22 Osprey tilt-rotor aircraft in flight near Cannon Air Force Base, NM. The first-of-its-kind refueling used a centerline hose and drogue system (which is used mainly for helicopters, U.S. Navy/Marine Corps aircraft, and foreign aircraft) instead of a boom-type refueling system (which is used for most U.S. Air Force aircraft). The accomplish­ment not only adds yet another aircraft to the new tanker’s potential support inventory but also demonstrates the expedited Osprey refueling process that the use of the Pegasus promises. Traditionally, the process has required multiple trips by an MC-130J to fly to a tanker to get fuel and then fly to the Osprey to transfer it.