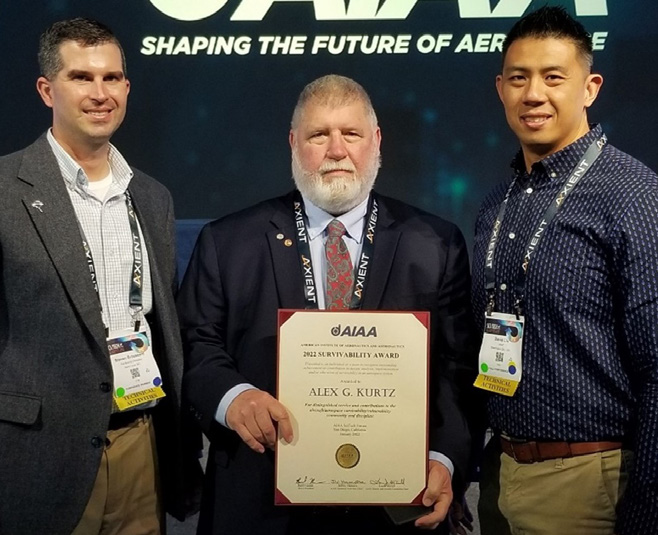 In January, the Survivability Technical Committee (SURTC) of the American Institute of Aeronautics and Astronautics (AIAA) presented Mr. Alex Kurtz with its 2022 AIAA Survivability Award. The award—which was presented at AIAA’s SciTech Forum and Exposition on 6 January in San Diego, CA—was in recognition of Alex’s distinguished service and contributions to the aircraft/aerospace survivability/vulnerability community and discipline.

Established in 1993, the AIAA Survivability Award is presented to individuals or teams in recognition of outstanding achievements and contribu­tions in design, analysis, implementation, and education of survivability in aerospace systems.

Alex retired from Government service in 2019, after working for more than three decades in the areas of weapons bay vulnerability reduction, ablative evaluation, warhead and explosive characterization, high-energy lasers, opaque and transparent armor develop­ment programs, and man-portable air defense systems (MANPADS) quantifi­cation. During that time, he served in numerous positions of leadership in the survivability community, including as the Chief of the Survivability Assessment Flight, 704th Test Group, Aerospace Survivability and Safety Office; the Chair, Co-Chair, and Secretary of the AIAA SURTC; an AIAA Associate Fellow; the Co-Chair and Air Force Representative of the JASPO Vulnerability Subgroup; and the Chair of JASP’s Armor Committee. Alex was also the U.S. Technical Lead, Air Force Technical Lead, and Chairman of the International Aircraft Survivability Technology Working Group, Five Powers Long Term Technical Projects.

Congratulations, Alex, on this well-deserved award!

On 19–21 October, approximately 65 aircraft survivability practitioners met at the Dougherty Conference Center at Offutt AFB, NE, for the Joint Aircraft Survivability Program’s (JAS) FY21 Program Review (JPR). During the three-day meeting, more than 50 JAS-sponsored technical presentations were given by Government and industry representatives from across the community.

The presentations for this year’s JPR were categorized under the areas of:

At the end of the meeting, the Principal Members Steering Group also met to complete the FY22 JAS program build. For more information about the FY21 JPR and its presentations, please contact Mr. Darnell Marbury at t.d.marybury.ctr@us.navy.mil or 703-604-0387. 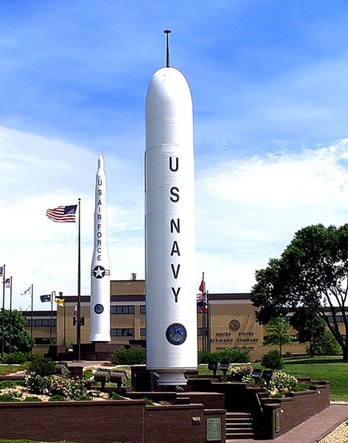 In December, the BlueMax Model Manager announced the release of BlueMax version 7.0. BlueMax is a pseudo-6-degree-of-freedom, point-mass aircraft flight dynamics simulation that leverages installed propulsion data, trimmed aerodynamic data, flight control laws/limiters, and structural limit data. The package also includes a large library of selectable stores to dynamically simulate changing drag/weight effects in flight. BlueMax can be run as a stand-alone application or interfaced with other applications. In addition, it can be used in constructive mode (faster than real time) with event-driven scripted maneuvers or as a real-time operator-in-the-loop in virtual environments.

Version 7.0 is the first version of BlueMax to support rotary-wing as well as fixed-wing aircraft. The release also includes enhanced unmanned aerial system support. To request a copy, contact models@dsiac.org for approval and download instructions. All techni­cal questions should be directed to Mr. Hugh Griffis at 937-713-1762 or hugh.griffis@us.af.mil. Additional descriptions and documentation are also available online at https://www. dodtechipedia.mil/dodwiki/display/JAS/BlueMax. 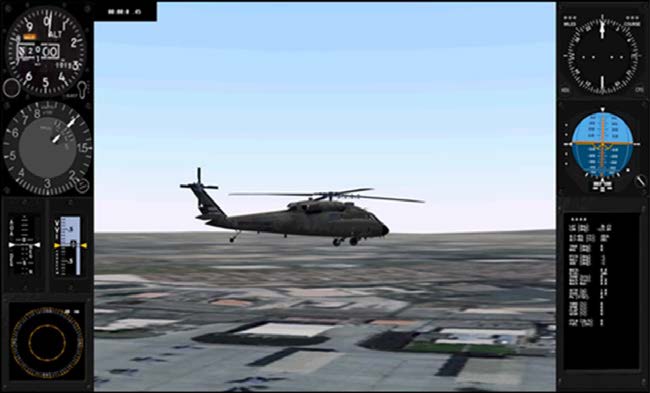 One such effort involves the work by the U.S. Army Combat Capabilities Development Command’s Aviation and Missile Center and Lockheed Martin’s Sikorsky company to develop and field a novel spaced armor technology for helicopters and other military aircraft. This technology features a two-part system of ultra-high-molecular-weight polyethylene panels that can maintain ballistic threat protection with less weight than traditional armors. The outer striker panel, which can be integrated into an aircraft’s outer skin, is designed to cause an impacting projectile to tumble, thereby decreasing its penetrating capability. The catcher panel, which can be integrated into an aircraft’s inner wall or floor, is designed to then stop the projectile.

Finally, in accordance with the military’s ongoing expansion into space opera­tions, the Air Force Institute of Technology is continuing to expand its analytical survivability and safety studies to include the cislunar domain between the moon and Earth. Recent focus areas have included spacecraft survivability to hypervelocity debris impacts (from catastrophic breakup events in space), satellite survivability to micrometeoroids and dust near the stable Earth-moon Lagrange points, and the vulnerability of other orbiting space systems (and planned lunar facilities) to low- and high-velocity impacts. (For a detailed example of one of these studies, see the article on spacecraft charging vulnerability included later in this issue of Aircraft Survivability.)

Dr. Robeson’s article, as well as the Aerospace America 2021 Year in Review issue, can be found at https://aerospaceamerica.aiaa.org/year-in-review-index/2021/. 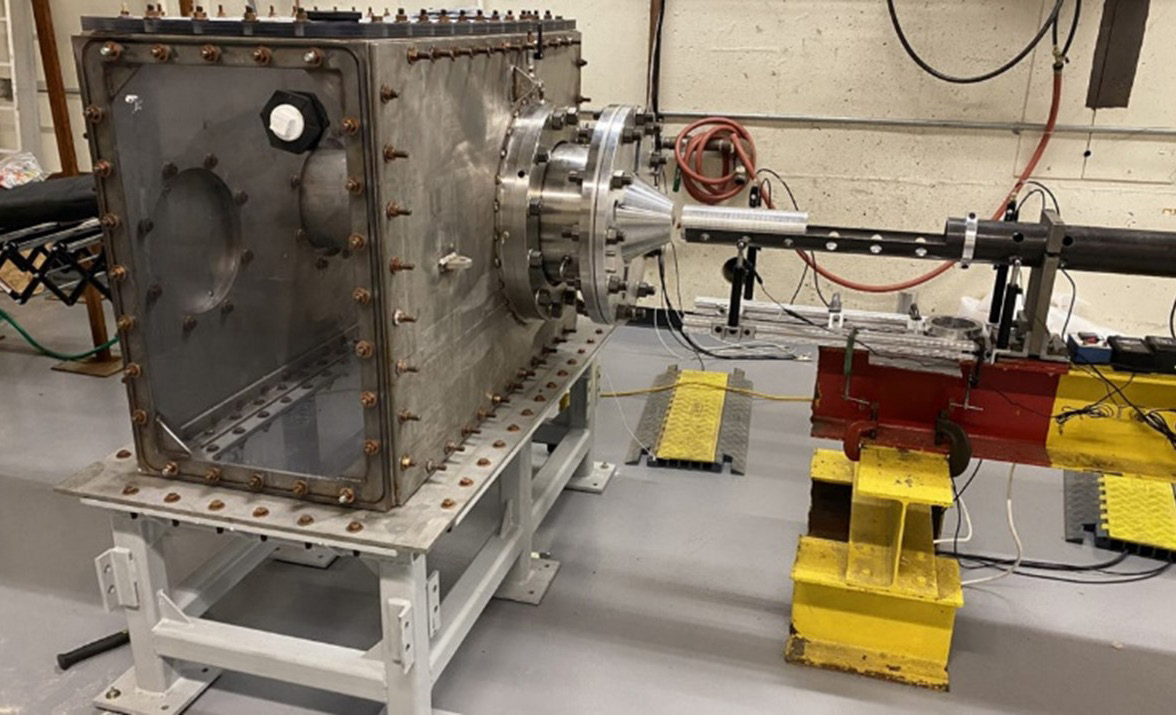 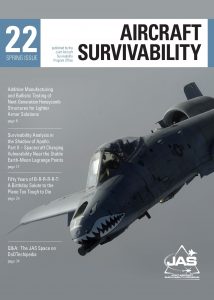