The Joint Aircraft Survivability Program (JASP) would like to acknowledge the recent passing of long-time community leader Mr. Richard A. (Tim) Horton and recognize him for his Excellence in Survivability. For more than four decades, Tim brought to his work a rare combination of operational experience, analytical insight, and proven managerial skills. A man who always wore many hats, Tim was an experienced combat aviator (of both fixed- and rotary-wing aircraft); an early survivability leader and mentor in multiple Army, Navy, and industry organizations; and a true champion of the aircraft survivability discipline. 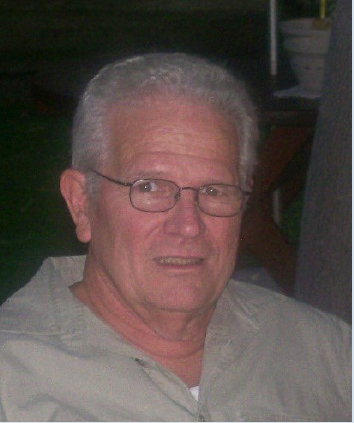 In many ways, Tim’s career in survivability started in the skies over Vietnam. After enlisting in the Army in 1961 (at the young age of 17), working his way up through the enlisted ranks, and then completing Officer Candidate School and fixed- and rotary-wing pilot training, Tim spent a decade serving as an Army command pilot, detachment and platoon commander, aircraft maintenance officer, and executive and staff officer in various assignments across the world. These assignments included two combat tours in Vietnam, where he flew the UH-1D&H and U-21A. Other aircraft he piloted included the CH-43, UH-1B, U-6A, U-8D&F, OH-13S, and C-12 (as well as numerous civilian aircraft).

These early personal operational and command experiences not only gave Tim an invaluable first-hand look at the issues and challenges of keeping aircraft flying in hostile threat environments, but they also convinced him of the critical need to incorporate survivability considerations into all aspects of aircraft research, development, testing, and acquisition.

In 1979, after returning stateside (and earning a bachelor’s degree in economics and business administration), Tim became the first Executive Director of the Joint Technical Coordinating Group on Aircraft Survivability (JTCG/AS). To say the least, Tim set a high standard for all directors to follow, contributing to many major survivability “firsts” that continue to benefit the community today. Most notably, he was part of a team of visionaries who conceived, proposed, and (eventually) established the Survivability/Vulnerability Information Analysis Center (which is now part of the Defense Systems Information Analysis Center). He was also instrumental in the early establishment of the Joint Live Fire (JLF) program, under which all combat aircraft are now tested for survivability effectiveness.

While at JTCG/AS, Tim also served as Acting Chairman of the Countermeasures Subgroup, helping to revitalize the group and establish coordination links with the Electronic Warfare Joint Technical Coordinating Group. And he formed the Threat Review Advisory Committee, comprising representatives from various Intelligence agencies. For these and his many other achievements at JTCG/AS, Tim was awarded the Army Meritorious Service Medal.

After Tim retired from Army active duty in 1981, he became President of his own consulting firm, SIRTECH Inc. Here, he continued to support JTCG/AS projects and played a crucial role in analyzing critical technology voids and reviewing NATO programs to identify areas of common interest. Other notable projects during this time included helping to develop the plan to transition the Combat Data Information Center and JTCG/AS Model Repository into the newly formed SURVIAC; performing initial planning for the JLF program; and helping to develop survivability data exchange agreements between the U.S., U.K., and Germany. In addition, Tim helped incorporate aircraft survivability as a specialty of interest into the American Defense Preparedness Association’s Survivability Symposium. This incorporation would eventually give birth to the Combat Survivability Division of the National Defense Industrial Association.

Tim then returned to Government service as a Navy civilian, accepting a position to lead the Systems Engineering Branch of the Survivability Engineering Division at China Lake, as well as to serve as Deputy Test Director for the JLF T&E Program and as Co-Chair of the JTCG/AS Fuel Systems Committee. In these roles, he managed the Naval Aviation ABDR Program; and he coordinated survivability-related research, development, testing, and enhancements for the fuel systems, propulsion systems, structures, flight controls, hydraulic systems, etc., for many combat aircraft. These included the F/A-18, A-6, AV-8, V-22, P-3, CH-53, NATF, A-12, F-15, and F-16.

During this time, Tim was also responsible for helping to secure the funding for and coordinate the expansion of the High Velocity Airflow System (HIVAS) to full four-engine capability, as well as helping to plan and perform the first full year of the JLF Air program and the most sophisticated series of fuel ingestion tests that had ever been undertaken.

In 1988, Tim became Head of NAWCWD’s Survivability Division, assuming responsibility for all Navy and Marine Corps aircraft survivability programs. As part of his duties, he helped make many improvements to the Weapons Survivability Laboratory (WSL), including helping to implement a nine-engine airflow facility to supplement the existing four-engine facility.

Then, in 1996, Tim’s circle of responsibilities was expanded once more, when he took over leadership of NAWCWD’s so-called “Quad Division.” In this position, he was responsible for overseeing all the technical, operational, and managerial activities of four China Lake divisions: Survivability, Manufacturing, System Safety, and Reliability and Maintainability. During this time, he also served as JASP’s Navy Principal Member and chaired the JASP Principal Member Steering Group. For his efforts, he was twice awarded the Navy Meritorious Civilian Service Award (once in 1999 and again in 2004).

Tim continued in these important roles until August 2004, when he retired from Government service. But his long career in survivability wasn’t over just yet. He served for another 3 years as Manager of the SURVICE Engineering Company’s Ridgecrest Area Operation, where he managed the office’s daily operations, oversaw various NAWC survivability support contracts, helped develop an Integrated Survivability Assessment Handbook for JASP, and supported verification and validation activities for the Future Combat System program.

In the end, perhaps the greatest achievement and satisfaction of Tim’s career can be summed up in some words that he once gave in an interview. “When I used to talk to people about what satisfied them,” he said, “the most common response was, ‘We see that our work is making a difference.’ By golly, it really did make a difference, and will continue making a difference over time. So, the people, I think, and their efforts were my single greatest reward.”

Without a doubt, the aircraft survivability community owes a large debt of gratitude to Tim Horton. He helped build the discipline to what it is today; he helped mentor and inspire the next generation of survivability practitioners and leaders; and, most importantly, he helped bring America’s pilots and crewmen safely home.

JASP thanks Tim for his many years of service and offers its sincere condolences to his wife of 42 years, Beate, as well as to his son, Kristopher.